In 2015 the disability charity Papworth Trust invited Peter to create a sensory garden to represent them at the Chelsea Flower Show 2016. An immersive garden was designed to explore the acoustic potential of the natural landscape and to encourage musical interaction for people of all abilities within the garden. 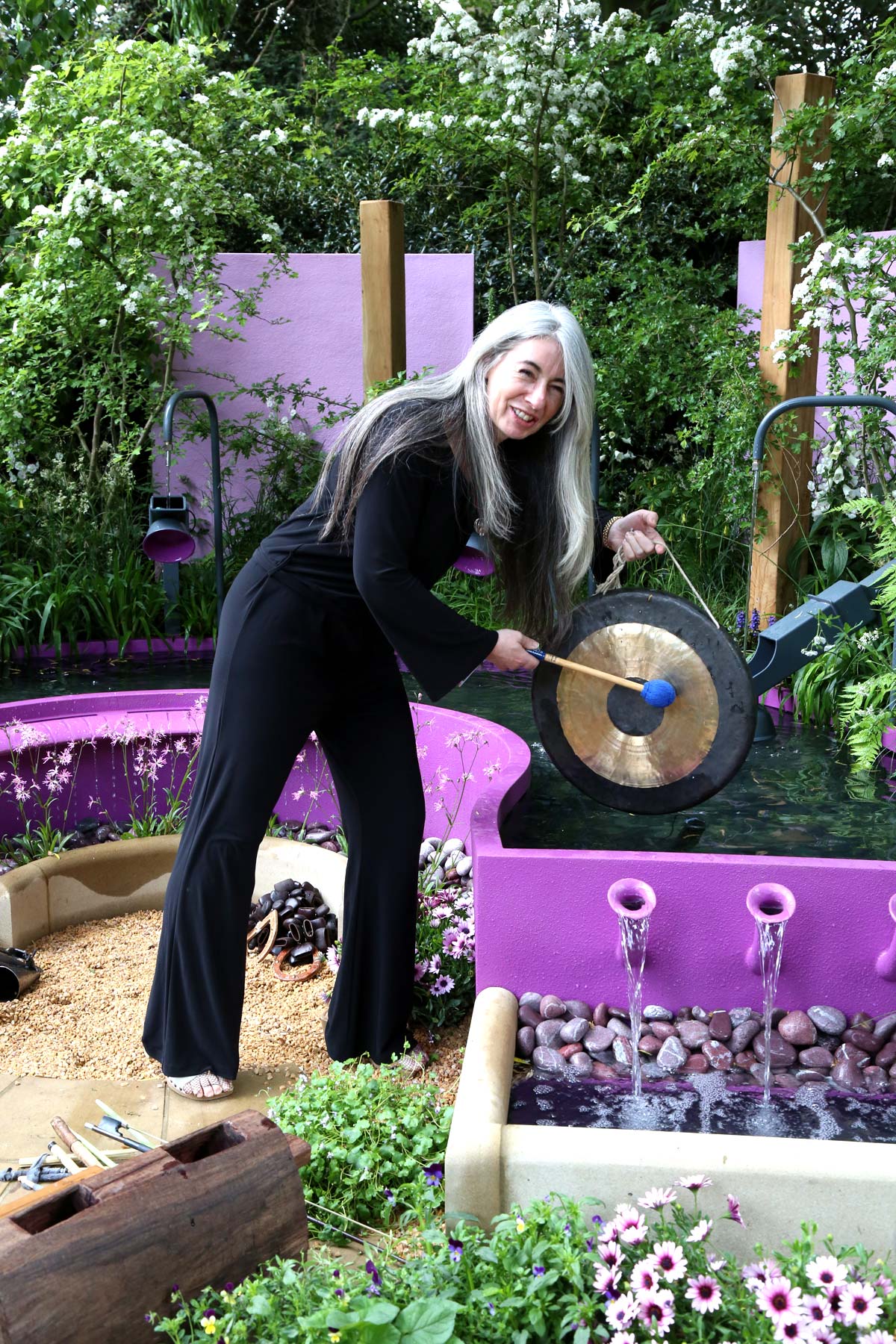 Central to the design was the water marimba; a semi-circular sculptural form encapsulating the visible and audible movement of water. All aspects of the garden related to the physics and nature of sound; concentric radial sonic wave patterns, layout resembling an orchestra and acoustic reflector panels that might be suggestive of a recording studio or auditorium.

A woodland backdrop of gnarled hawthorns underplanted with ferns and grasses provided a naturalistic setting. Foreground planting included plants selected for their considered sense of musicality, the rhythmic pattern of their flowers and foliage such as Osteospermum and unfurling fern fronds, textural forms including wafting grasses or structural features such as drumstick Alliums.

Papworth Trust had an existing association with world famous percussion soloist Dame Evelyn Glennie, who is profoundly deaf. So, it was a great privilege to invite Dame Evelyn to collaborate on the project. Both Dame Evelyn and Peter were committed to creating a believable audible layer to the garden. 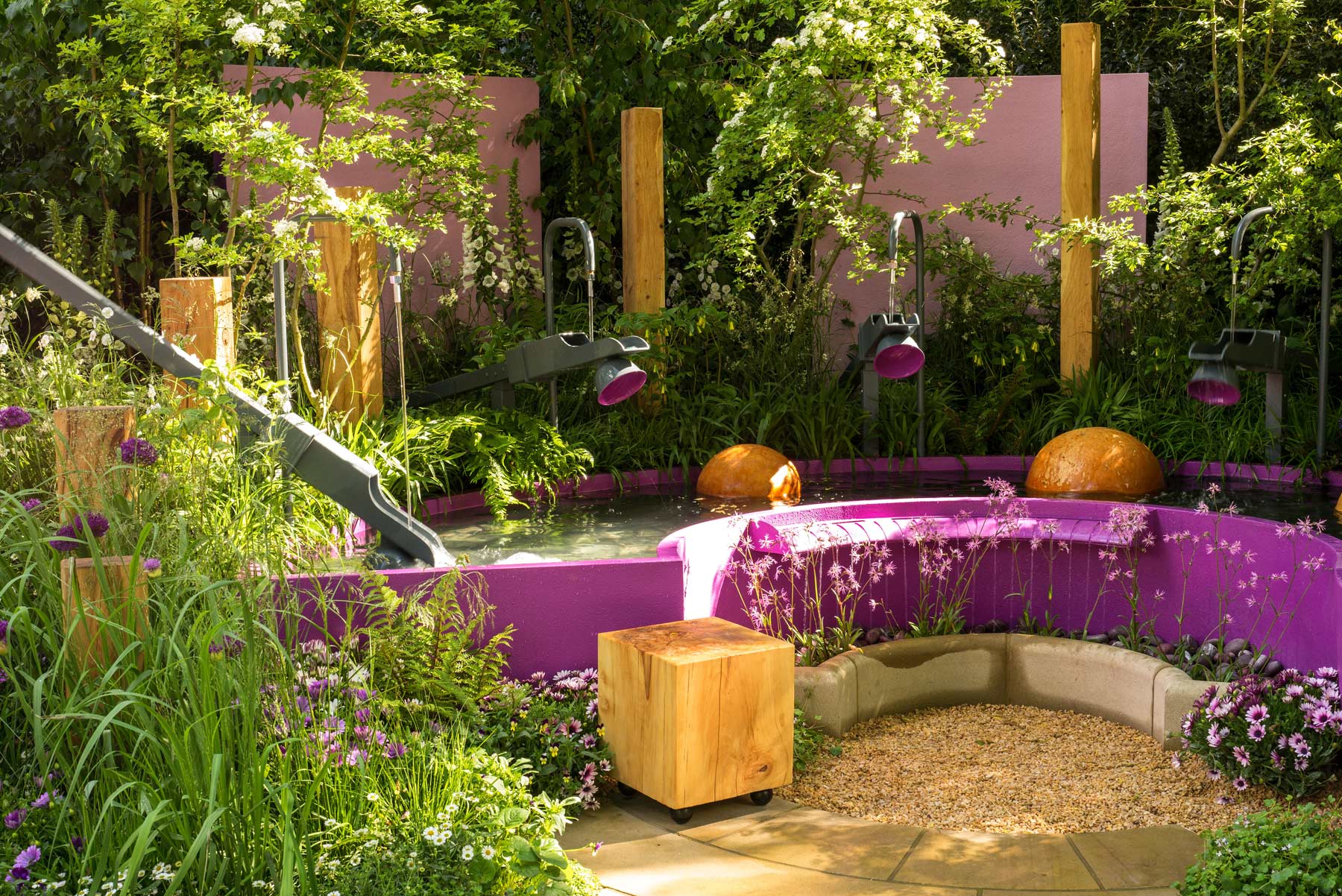 The Sonic Arts students from Brunel University's music department were also invited to join the project. Initially Evelyn encouraged the students to respond to the colour, texture and diversity of a handful of gravel and dry straw being rubbed on a sandstone floor. The sounds of nature indeed!

The students, using state-of-the art software and audio equipment, were able to capture, manipulate and enhance the sounds created by the water marimba which were simultaneously amplified through a series of 12 speakers hidden around the garden to audience. The effect was a mesmerising tapestry of sound and vision that captivated the thousands of visitors to the show garden.

...Back to garden design